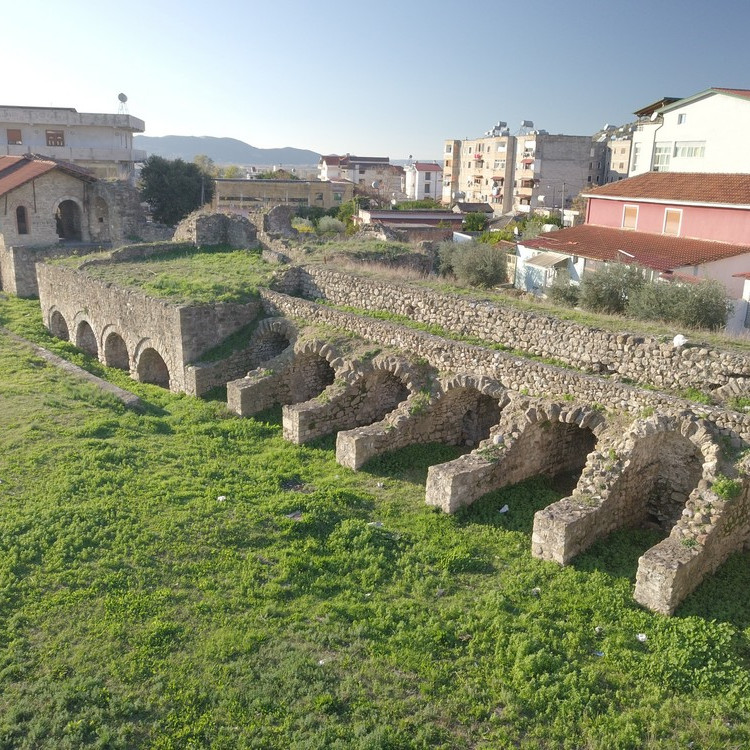 Pekin Castle, a unique architectural core, was built in the medieval period - 15th century, using the foundations of ancient times. Due to long existence and continued use, the castle has undergone changes. In the fortress besides the first period of construction, there were 3 major periods of reconstruction. In the first period of construction between the first and the third century the surrounding walls were built, already in the second period of construction around 1670 other premises were built as well as a small open gate in a tower with 4 angles. Above them is a small mosque without a minaret, mainly for performing religious rites by the soldiers living in the fortress. All this information about the construction was obtained from the traveling writer Evlyia Cheleby. The city at this time was expanded to the north and northeast of the fortress where the terrain was flat and wider. The construction of three mosques and a riverbed on this side and the opening of a small gate happened with the intention to facilitate the communication with the city at a time when the Pekin area and the fortress have turned into battlefields between the Bušalli of Shkodra and Ahmet Kurt Pasha of Berat. The next period of construction belongs to constructing large cannons and demolishing the small ones.